The Pluses and Minuses of Texting 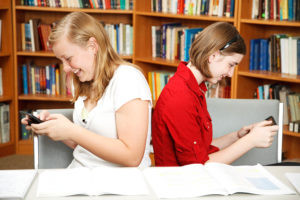 1. You can get a message to someone much more quickly than when making a phone call; as people may be unable to answer an actual phone call, depending upon the situation.

2. Even if people have time to answer the phone, they often don’t want to get caught up in a conversation; however, their curiosity factor frequently lures them into reading a text, no matter when it arrives.

3. You yourself don’t have to get caught up in a phone conversation when all you want to do is to share a piece of information appropriate to include in a text.

4. You can alert people to be on the lookout for an important email that they might not otherwise get to in a timely manner, or even read at all (given the sadly diminished open rate for emails these days).

5. And finally, if you sometimes feel as reluctant as I sometimes do to pick up the phone and call someone, texting is a much easier way to actually follow up with someone.

Because texting is such an alluring option for sharing information with others, it is easy to overlook some of its dangers.

Here are a few to keep in mind when next you want to text:

1.Because texting is so easy to use, we sometimes hit Send without rereading what we have written. And of course, once a text is sent, just like email, there is no do-over. That requires taking the time to double check that our message says what we actually intended it to say.

2. If people don’t recognize your phone number (or name if it shows up), they may think that you are calling to try to sell them a warranty on a car they haven’t owned for ten years.

3. When using the microphone to create a message, some rather amusing mistakes can occur due to the fact that many English words sound alike, yet have different meanings and spellings. (For example, their, they’re, and there.)

I recently receive a text from my housekeeper who wrote that she and ecru would be arriving the next day at noon. I am pretty sure that she meant to come with a crew rather than with the color ecru.

4. It is my wholly unsubstantiated theory that there will be an epidemic of carpal tunnel syndrome in those people who spend hours a day using their thumbs to write texts on their devices.

5. Not in the category of unsubstantiated theory, there was an article in the New York Times some years ago about doctors noticing an alarming rise in the incidence of Dowager’s Hump in younger people.

Evidently they believe that this is due to all the time people spend hunkering over their devices. Thus they lack or lose sufficient strength in their upper back and neck muscles to be able to stand up straight and hold their heads erect.

This fairly recent phenomenon even has its own name. Instead of Dowager’s Hump, it is called iPhone Hump.

So while you are taking advantage of the many benefits of texting, you may want to observe these three precautions:

1.It is a good idea to reread everything before you hit Send. (The more important the text, the better an idea this is.)

2. Get into the habit of holding your device up high enough so that you are able to hold your head up straight while using it; so that you don’t end up with iPhone Hump.

3. To be on the totally safe side, you can delete the contact information of the person to whom you’re sending the text until you are absolutely 100% sure that it is ready to go. (This is a good practice to follow for important emails as well.)

By observing these precautions,  you will be able to avoid making any unforced errors so that you can therefore present yourself to the wider world with the confident posture of an authority in your field.