5 Strategies for Speaking in a Difficult Situation 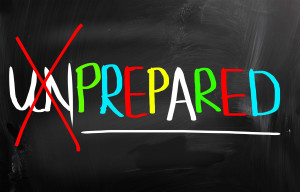 On a business trip some time ago, I happened to be sitting next to a woman on the plane who was furiously working on a PowerPoint presentation that she had to present at an important scientific conference in a few days.

She was really nervous about making this presentation for three reasons:

No wonder she was nervous!!!

With her permission, I gave her the following suggestions:

This woman, who is a tenured professor at a very prestigious university, thanked me for my suggestions and said that she felt much more confident of a positive outcome, based on the ideas that I had shared with her.

My only regret is that I did not get her name and contact information so that I could find out how her speech actually went. (As well as the opportunity to get either a new client or a great testimonial. Oh, well, another one of life’s many important — and sometimes annoying — lessons.)

Let me know your thoughts? Do these 5 lessons make sense to you?