Do You Suffer from an Enlarged Procrastinate? 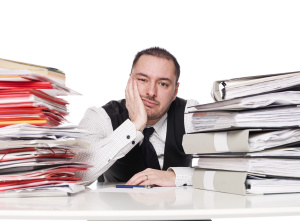 Do you suffer from an enlarged procrastinate? If so, you are not alone. At one time or another, all of us find ourselves delaying certain tasks that we know we have to get done.

There are some basic and understandable reasons behind many of our delaying tactics.

Knowing about them is perhaps the first best step to taking action in a timely manner, instead of when our stress level has already hit the roof.

The first reason why we may procrastinate is that we haven’t taken sufficient time to plan and prioritize what needs to be done. As Benjamin Franklin wisely pointed out: If you fail to plan, you are planning to fail.

The second reason why we may procrastinate is that our to-do list is filled with jobs that we haven’t taken the time to break down into their component parts.

Being Jewish, I have never put up a Christmas tree; but one of my non-Jewish friends explained to me that the only way he could get himself to put up his Christmas tree was to break the process down into small parts, the first of which was simply to move around his furniture to make room for where he planned to put the tree.

The old riddle asks, How do you eat an elephant? And the standard answer goes, One bite at a time.

Breaking jobs down into small bites makes it much more likely that we will feel able to take action. Since the action is a small bite, as it were, it is much more doable than looking at the job as a whole.

P.S. In the interest of full disclosure, I must confess that I am posting this article a day later than my usual schedule. Go figure!