It’s (or Its?) about Being Professional and Credible 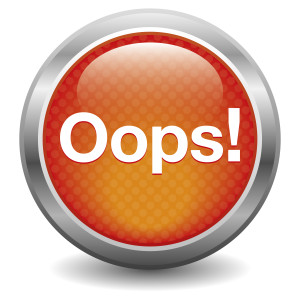 The English language is filled with spelling booby traps that are just waiting to trick the unwary.

Unfortunately, while we don’t usually get extra credit for correctly writing emails, sales copy, etc.; mistakes in basic grammar can cost us credibility points with precisely those people we wish to impress with our abilities and expertise.

So allow me to come to the rescue if you are one of those people who is understandably confused over the correct usage of the following pairs of words:

The fact that these pairs of words are pronounced the same adds to the confusion over which spelling to use in which situation.

Allow me both to clear up any confusion, and also to give you a simple trick for remembering which variation to use at any given time.

The first version of each of the above pairs is the possessive form of the word, indicating that something belongs to someone or something.

The second version is a contraction, two words that are combined (or a single word in a shortened form), with the apostrophe indicating the missing letter(s).

Here are some sample sentences, with a few extra contractions thrown in for good measure.

Just to complicate matters further, there indicates a location, and often starts a sentence as well. There is a book over there.

So what’s the simple trick I promised you for figuring out which spelling to use?

Read aloud the sentence you wish to write using both the subject and the verb, without the contraction. If it makes sense, then use the version with the apostrophe. Otherwise, use the other version.

While this may seem like just a bunch of gobbledygook to you; when it comes to sending written communications, always remember that good grammar is good business.

x
Get Your Copy Now