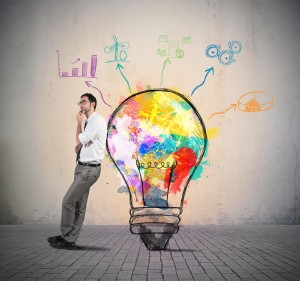 So what’s with the failure kick? You may be wondering when I am going to finally start talking about something else.

I promise to do so down the line, but right now I am stuck with the feeling that we all need to become friends with failure if we truly want to accomplish something in our lives.

Along those lines, I would like to ask you to reconsider how you define both an attempt to do something and a failure to do it.

Take the example of Thomas Edison’s efforts to create an efficient incandescent light bulb to replace the use of gaslight.

Over a two year period (1878 to 1880), he and his associates worked on at least 3000 theories and tested more than 6000 possibilities before they finally succeeded in finding a filament that would work for 1500 hours in a 16-watt bulb.

At one point in this process, he was interviewed for an article on his work. When he told the reporter that he had already tested over 1000 different materials for his bulb, the reporter asked him why he didn’t quit after having experienced so many failures.

Edison replied that these experiments were not failures. He had just succeeded in eliminating over 1000 possibilities that would not work.

In other words, Edison viewed his attempts as experiments, and any failures he experienced as feedback rather than as failures.

I invite you to consider anything new you attempt (particularly anything new that is scary) as an experiment. Doing so will enable you to view the results in a more objective fashion.

In my view, it is always a mistake to ask what went wrong. It is far more productive (and encouraging) to ask yourself the following two questions:

In that way, you can view any difficulties you encounter as feedback on the path to getting it better the next time.

And just in case you get impatient with the number of attempts (or experiments) it takes to get something right according to your lights (pun intended), just glance at a nearby light bulb and thank Thomas Edison for viewing failure as feedback.