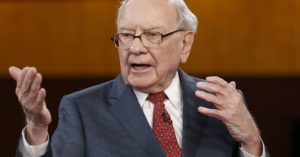 Want to know how important public speaking skills are in the business world?

A 22 year old young man by the name of Michael Hood had the honor of being Warren Buffett’s escort for the day when Mr. Buffett was in Toronto for the Canadian Hall of Fame Inductee Gala.

Not one to let grass grow under his feet, Michael took advantage of this honor by asking Mr. Buffett to share what he considered the most important tip to give to young people starting out in business.

Warren Buffett’s answer: “If you can’t communicate, it’s like winking at a girl in the dark — nothing happens. You can have all the brainpower in the world, but you have to be able to transmit it.”

You can enjoy the entire conversation in the video included in this article about that day.

What do you think about Warren Buffett’s answer? Do you agree? I’d love to hear your opinion. (Given that I coach people on business communication skills, you can certainly guess what mine is!!)